The youngsters have been working on a project-based learning activity called MISSION AT-AT, where the students worked in teams to build the AT-AT from “Star Wars.”

“They had a budget to stay within for purchasing materials,” Mr. Esposito said. “They had to use recycled materials to build the machine. Some of the requirements included a specific height and width, the ability to support 16 ounces of weight, to incorporate three simple machines, as well as adding an innovation.”

The term “AT-AT” refers to all-terrain armored-transport walkers. They are huge “weapons of terror” according to an overview. When he introduced the project to the class, Mr. Esposito dressed up as “Star Wars” character Boba Fett and played the film’s theme song. He also showed videos and models of the AT-AT.

“The project involved math, science, engineering, ELA writing skills, teamwork and problem solving skills,” Mr. Esposito said. “There were five groups who were competing to create the best model within the limitations of the project. The students loved it and wrote about it in essays and some created Google slide shows.”

The science fiction educational challenge had the fourth graders utilizing every bit of their intellectual power and design skill to come out on top. The results are impressive.

Mr. Esposito has been on the district’s faculty for 21 years. A graduate of Hicksville High School, he earned an undergraduate degree at New York Institute of Technology and obtained a master’s degree at CUNY Queens College. He has taught fourth through sixth grades. 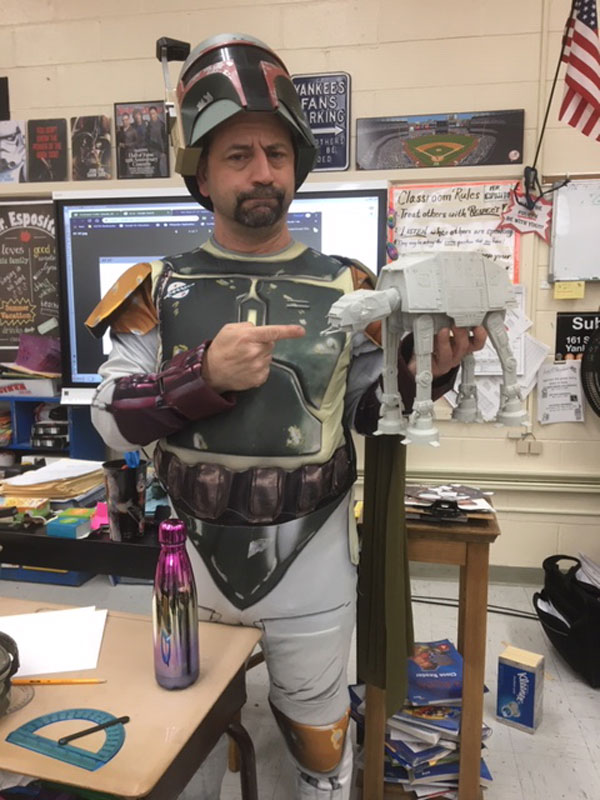 Teacher Paul Esposito dressed in costume as a Stars Wars character when he introduced the project to the class. 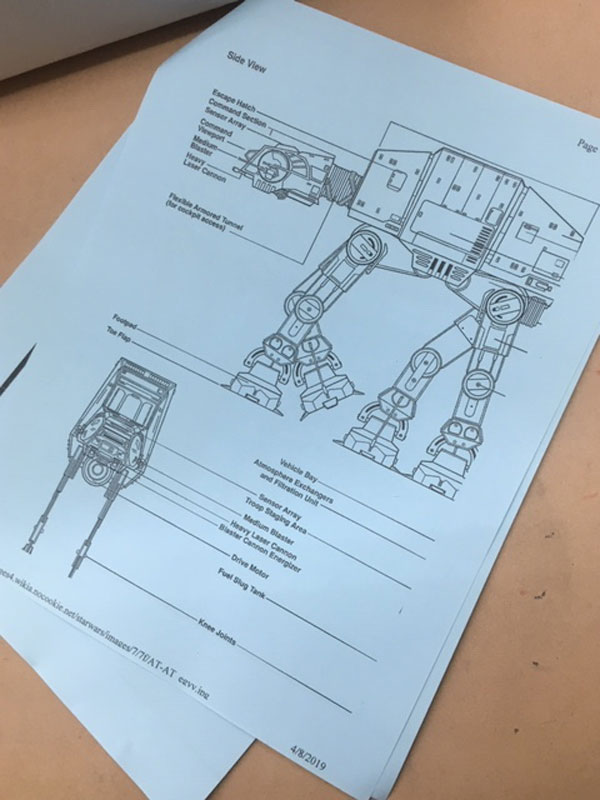 The fourth graders followed diagrams and written plans along the way. 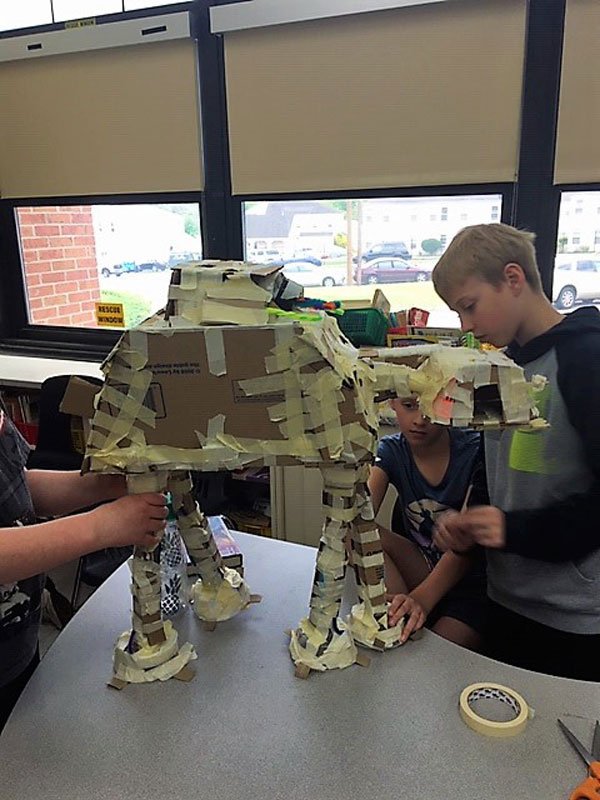 Teacher Paul Esposito dressed in costume as a Stars Wars character when he introduced the project to the class.

The fourth graders followed diagrams and written plans along the way.

The STEM fourth graders used every bit of their intellect and resourcefulness to meet the challenge.