Songfests are being held at Huntington UFSD’s four primary school buildings this week, creating lasting memories for the youngsters and their family members who have been crowding gyms at Flower Hill, Jefferson, Washington and Southdown schools.

The concerts are a Huntington tradition and always draw large crowds to each building. Jefferson’s concert was held on Tuesday and students there were absolutely spectacular. Southdown’s songfest followed on Wednesday and the youngsters there put on a sensational show. Flower Hill will hold its songfest on Thursday morning with Washington’s to follow on Friday.

“The winter songfest is all about making memories through music and sharing the joy of the holidays with those we love,” said Karen Cronin, the music teacher at Jefferson and Flower Hill primary schools. “Our students rehearse for many weeks prior to present this great musical gift to their audience; every year we strive to create something special.”

The Jefferson and Flower Hill youngsters rehearsed with energy and enthusiasm, determined to put on a good show for family members and teachers. The session earned rave reviews.

“The concert also gives our audience a glimpse of the sequential skills our students are developing in their weekly music classes,” Mrs. Cronin said. “We’re demonstrating what we’re learning vocally, instrumentally and rhythmically as well as learning about the cultural traditions that are contained in the song lyrics.”

The songfests are typically priceless as students on each grade level perform three songs for audiences. The pieces are short holiday favorites and hearts melt as parents, grandparents and other loved ones watch the youngsters sing with pride and joy.

“Flower Hill has been a busy little workshop getting ready for our annual winter sing along,” Principal Lucia Laguarda said. “All of our students in kindergarten, first, second and third grade are performing. We expect a full house audience on Thursday with standing room only of excited and joyful Flower Hill families and friends. Every class has been marching down to the music room on a weekly basis to practice singing their hearts out to all of the winter holiday songs. Recently, the Flower Hill Foxes could be seen getting on and off the risers and singing from the risers. They wanted to make sure that their fans can see them perform. Our sing along will be a merry good time!”

Southdown and Washington students prepared for equally dazzling songfests with first year teacher Jacqueline Duryea. “Ms. Duryea stepped in to her position after the school year had already begun,” Southdown Principal Scott Oshrin said. “She fit right in with the culture of our building. She has brought energy and enthusiasm to her new position. She has worked hard to make her first songfest a success.”

The Southdown and Washington youngsters rehearsed with enthusiasm so they, too, could perform at their best.

“At their request, kindergarten started off with ‘The World is a Rainbow,” said Ms. Duryea, who introduced the song on her very first day in the district.

Kindergarteners performed a medley arranged by Ms. Duryea, including “Jingle Bells” in English, “Cascabeles” (which is “Jingle Bells” in Spanish) and “Dreydl Dreydl.” The kindergarten finale was “I saw Mommy kissing Santa Claus,” “which was a joy to teach,” Ms. Duryea said. “The children love how silly it is!”

First graders were equally energetic. “They really make it feel like winter is here with their rendition of ‘Let it Snow,’” Ms. Duryea said. “They really enjoy putting their hands in the air and envisioning the snow falling as we sing the chorus of the song. ‘Hanukah is Here’ is also a class favorite. First grade is very particular with singing the lyrics accurately for this one. They never get tired of singing heir finale of ‘Mele Kalikimaka,’ which means ‘Merry Christmas’ in Hawaiian. You can ask any of them what the song means and they will not hesitate to tell you.”

Second graders prepped for an opening song called “O Kwanza.” “Their rhythm and precision shines in this tune,” Ms. Duryea said. “They are also singing ‘Hanukah O Hanukah’ and ‘Blitzen’s Boogie,’ which is a class favorite. The children love the movements and jazzy feel to this tune.”

Southdown and Washington third graders have outdone themselves this winter. “They had a very mature outlook on their musical selections when they were being discussed as a class back in November,” Ms. Duryea said. “The third graders expressed to me that they are more traditional and did not want to sing anything that wasn’t already a holiday song. They are opening our show singing a song called ‘Hanukah Nagilah,’ which is a medley that they will sing in English and in Hebrew. Part of me thought I may have bitten off more than I could chew, starting a song in a different language only four weeks ago, but this song has become a favorite for the third grade.

Third graders are also singing “Run Rudolph Run,” which has lots of movement in it and “Auld Lang Syne,” which features a New Year’s Eve countdown. “We had to vote on which song would be the finale of the entire song fest performance,” Ms. Duryea said. “It was a close one because somehow all three songs are loved by everyone.”

The Southdown and Washington students have embraced Ms. Duryea during her first months in the district. “I started here at Huntington after the school year began,” she said. “It was important to me to get to know my students before I could pick the songs. Most songs were voted on by classes and always discussed ahead of time. I know that I can never make everyone in the room 100 percent happy all of the time, but I definitely try! I feel it is important to enjoy what you are singing and performing.”

Ms. Duryea wanted to make this week’s concert special for the third graders in both buildings. “This will be their last songfest and I wanted to make sure it would be a memorable one,” she said. “We have all worked together as a team, a unit and a chorus to put on our very best show here at Huntington and I am very, very excited to show everyone our hard work this week.” 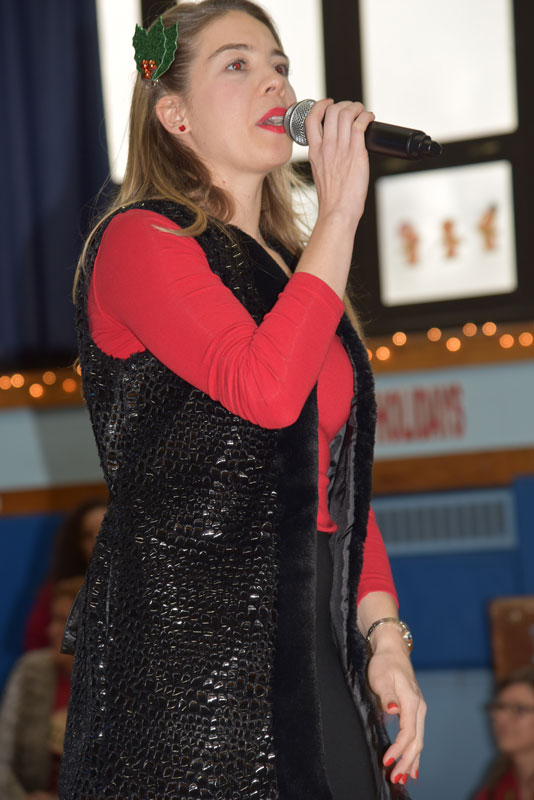 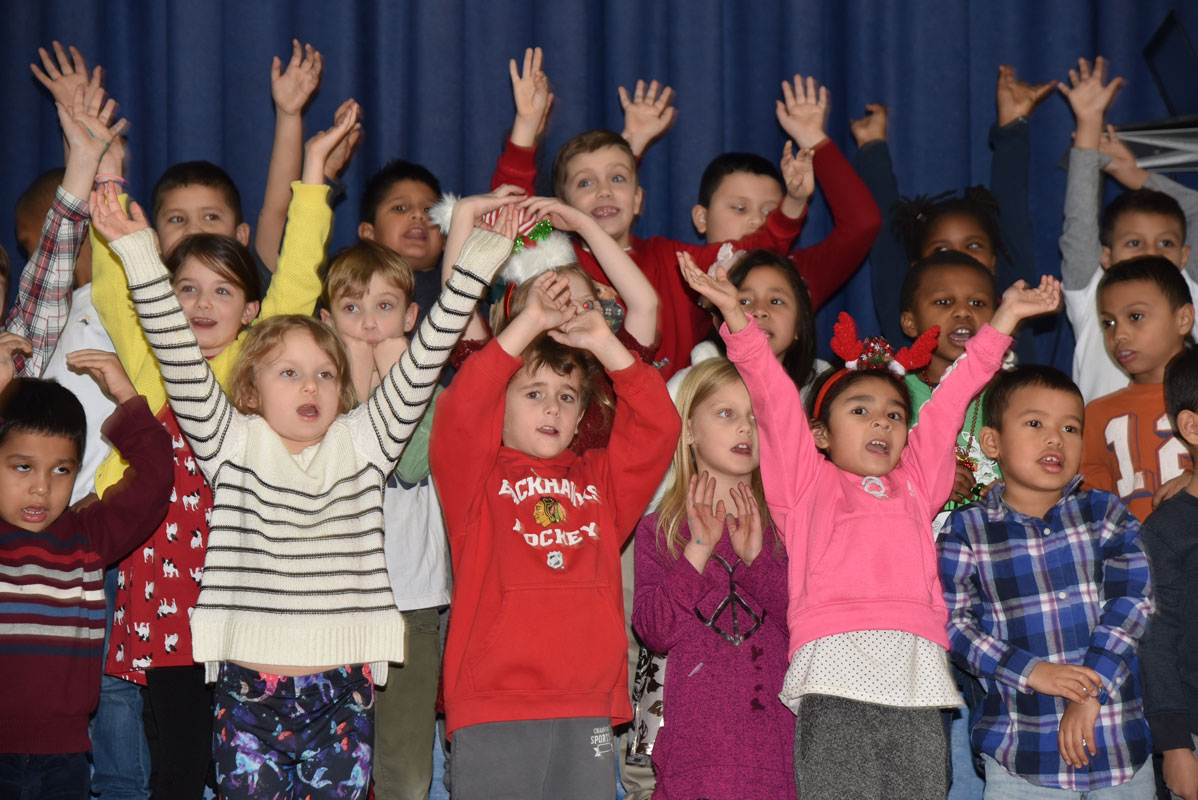 The students had fun during the performances

The students had fun during the performances