There aren’t many school districts that can compete with the talent and enthusiasm displayed by Huntington UFSD’s student-artists found on every grade level. Several dozen youngsters were recently honored at Jefferson Primary School and Washington Primary School for their sensational work.

In collaboration with art teacher Maria Mazzola, Jefferson and Washington feature one artist from each classroom every month. The program kicked off in November 2015 to much excitement. Each of the youngsters is presented with a certificate and a medallion on a red, white and blue ribbon. They pose for a group photo with either Ms. Mazzola or Jefferson Principal Valerie Capitulo-Saide or Washington Principal Michelle Richards. 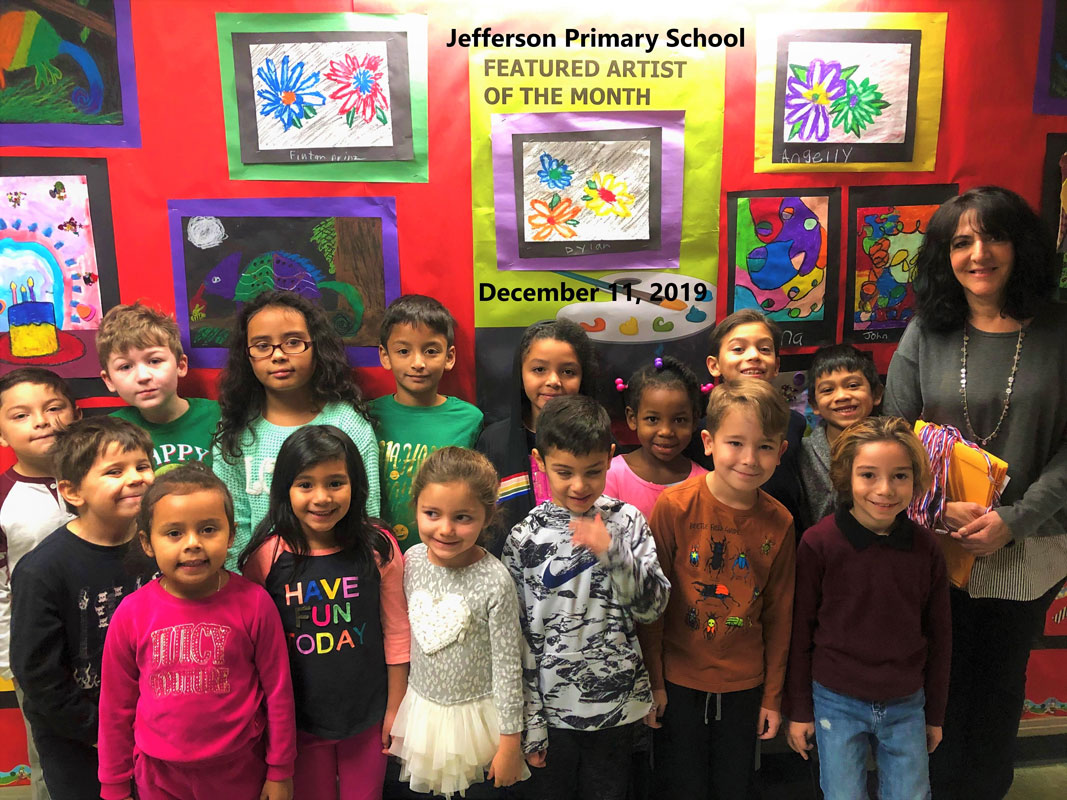 Being named a Featured Artist of the Month is a big deal around these buildings. The honorees’ artwork is displayed in the main hallway of each school. It’s impressive.

Mrs. Mazzola has been employed by Huntington UFSD as an art teacher for more than three decades. She holds a Bachelor of Science degree in K-12 art education from St. John’s University and a Master of Arts in studio art from Adelphi University. She creates polymer clay jewelry as well as various arts and crafts that she sells at craft fairs.