Passion. That’s what Kyle Perea brings to everything he does musically. The Huntington senior recently conducted the high school orchestra during its winter concert after working with the musicians for months as part of a credit bearing internship with music teacher James DiMeglio.

Mr. Perea is an amazing musician in his own right. He plans to pursue a college degree in bass performance with a minor in conducting. The teenager might even add music education studies to the mix in anticipation of a possible career as a teacher.

Born in Stony Brook, Mr. Perea has lived his entire life in Huntington. He started in Huntington UFSD as a kindergartener at Washington Primary School.

Mr. Perea has been studying in Manhattan School of Music’s pre-college program and he’s the principal bass player in the pre-college’s philharmonic orchestra. He fills the same role with the Gemini Youth Symphony.

“I come from a background of musical parents,” Mr. Perea said. “My parents both play instruments and have inspired me to play an instrument. It wasn’t until sophomore year that I really got into music and wanted to pursue a career in it.”

Mr. Perea’s father plays the violin and his mom plays the cello. “To ask who my favorite teacher is would be a tricky question,” the teenager said. “The most inspiring teacher for me would be Maestro Harry Marenstein of the North Shore Symphony and Gemini Youth Orchestra.

The senior is always trying to improve himself. “I wanted to do an internship with the string orchestra, originally with Mrs. [Nicole] Castaldo, mainly for the purpose of preparing for a career as a performer and/or educator,” Mr. Perea said. “When I found out Mrs. Castlado was moving to the sixth grade orchestra program, I wondered how well my internship would go.”

As it turned out, there was no need for Mr. Perea’s apprehension. “When I met Mr. DiMeglio I found the most helpful mentor and teacher I ever had,” the teenager said. “He taught me so much about conducting and leading a group of school players. He originally had me starting out setting up chairs for rehearsals and standing next to sections during the period. But it quickly moved to conducting and leading the whole orchestra, which led to my own personal piece to work with them.”

During the recent winter concert, Mr. Perea directed the orchestra while it played “Andante Festivo.” His internship includes configuring the room for rehearsals, sitting with sections and acting as a ‘guide’ for anyone in need of help and also directing the group as it plays his piece. “It’s a great experience working with the students and giving them my perspective.”

Mr. Perea rehearses daily along with listening to all types of classical music by a variety of composers. The diversity appeals to him.

“My time in Huntington has been a very inspiring period for me,” Mr. Perea said. “The community is what amazes me the most; especially the music community. Our community is what makes us more of a ‘family’ than an ‘organization.’” 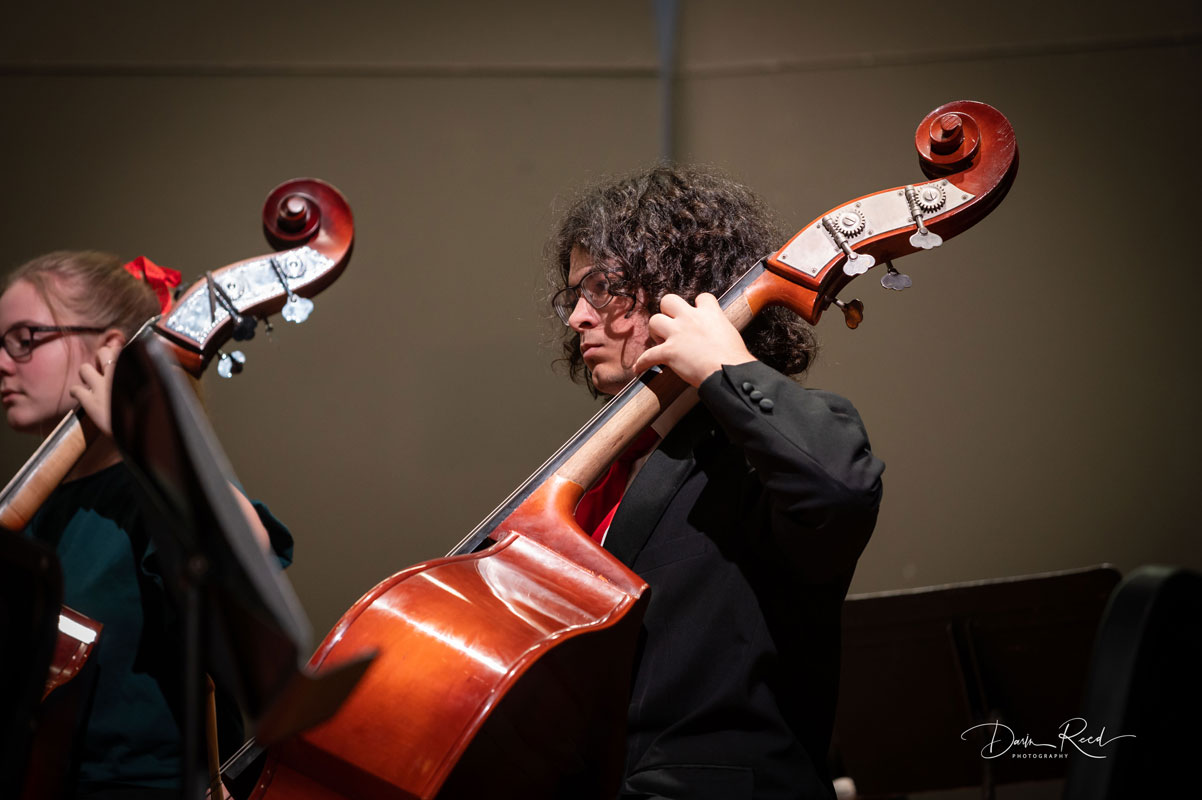 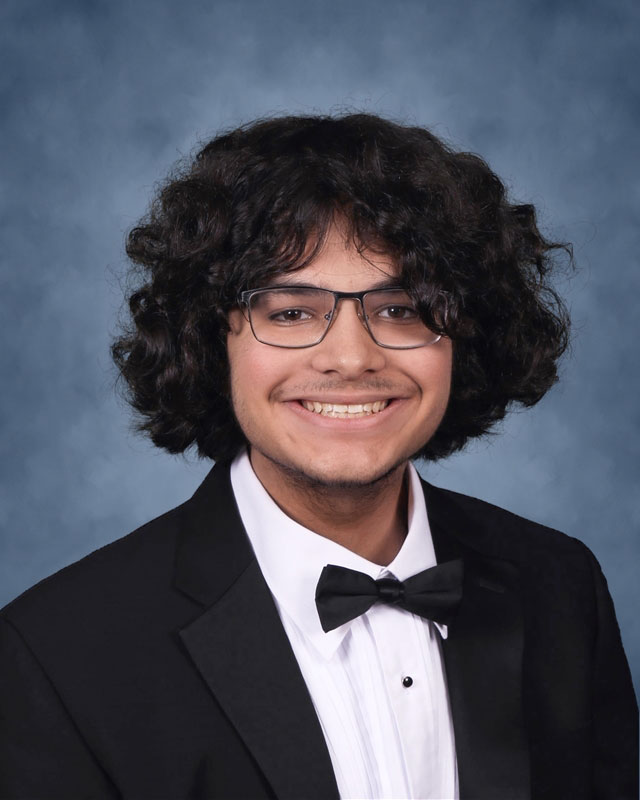