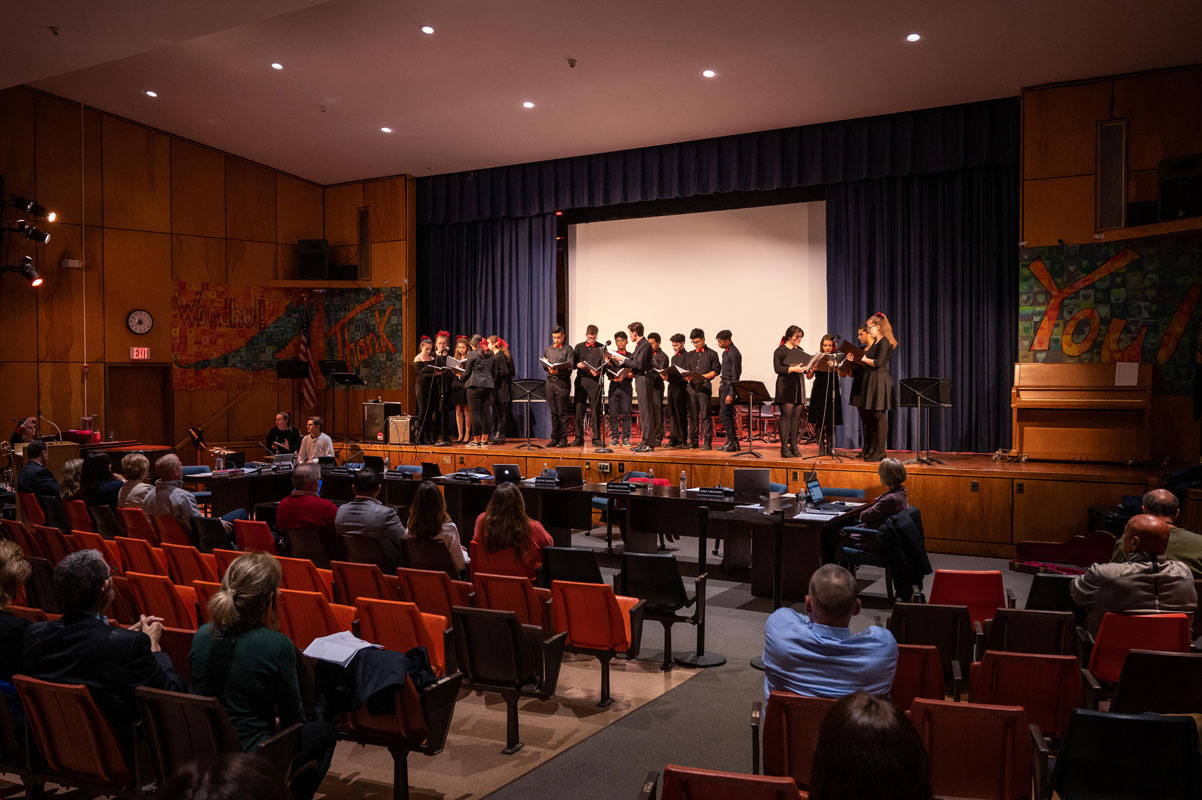 The Huntington musicians performing on stage at the Board of Education meeting.

Huntington High School has one of the best choral programs on Long Island. The student-vocalists who comprise the two choirs have impressed audiences in the district and throughout the community.

The high school program features two choirs. The concert choir is open to anyone who loves to sing while the chamber choir is an elite, audition-only group.

A Huntington music teachers since 2016, Ms. Garbarino obtained a Bachelor of Music degree in music education at Five Towns College in Dix Hills and a master’s degree at the University of Florida. She plans to pursue a Ph.D.