Keeping kids and their families safe. That was the motivation behind a recent emergency services and planning initiative in the Jack Abrams STEM Magnet School gymnasium.

Fourth and fifth graders had a lesson in what to expect during a real emergency from Huntington Fire Department members, who donned all of the extensive gear they use during the course of their service. (STEM sixth graders went through the workshop last year as fifth graders.)

The fireman wore oxygen tanks, masks and specialized jackets and pants and showed students how they would crawl through confined spaces to locate those trapped in a smoke-filled or even burning structure and verbalized the commands they would give during such an emergency.

Huntington UFSD physical education teachers John Walsh and Natalee Schaffer organized fitness and activity stations consistent with the emergency preparedness theme. All sorts of equipment was utilized, including ropes, scooters, tires, etc. Students completed various tasks related to safety and even rescue at each station. “It was a fun way of learning some practical skills,” Mr. Walsh said.

The fourth and fifth graders also rotated through the Huntington Fire Department’s smokehouse trailer, which helps teach students what to expect and how to respond during a real emergency. Harmless “smoke” is purposely introduced into the trailer, which is designed to simulate a typical home. Students have to crawl through the confined space and listen to the firemen’s commands as they work their way outside to safety.

The smokehouse was trailered to the school and parked near the gym. Students walked on a paved path to it and waited patiently in line for their turn.

“It was a really fun, learning experience that also got everyone moving,” Ms. Schaffer said. “The information presented could be lifesaving in a real emergency so it was great to see the students paying close attention and taking it seriously.” 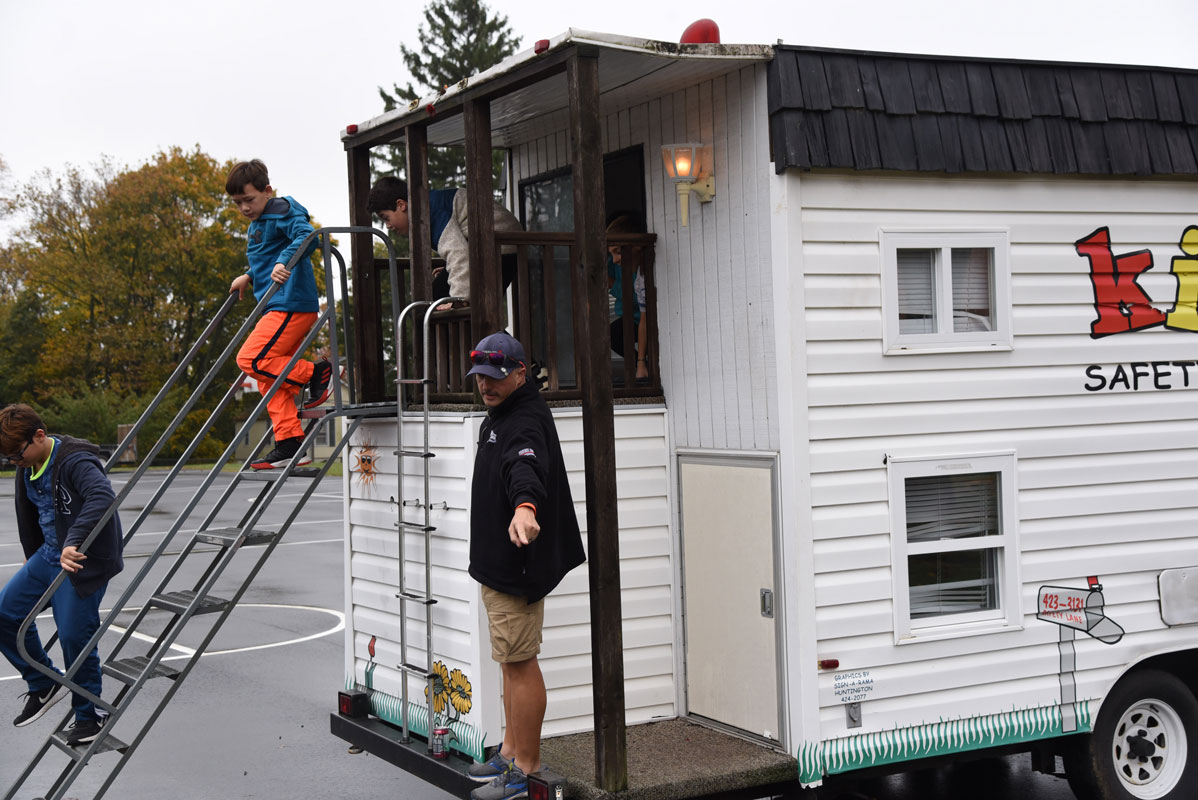 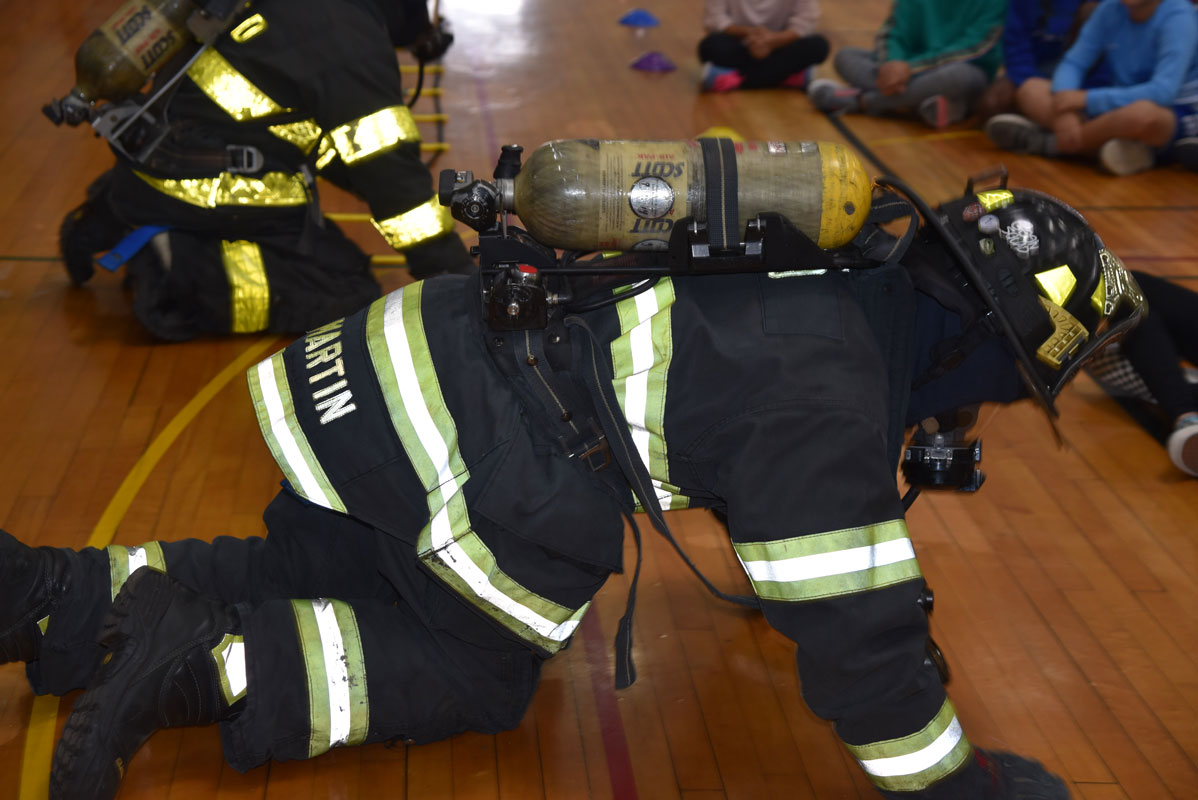 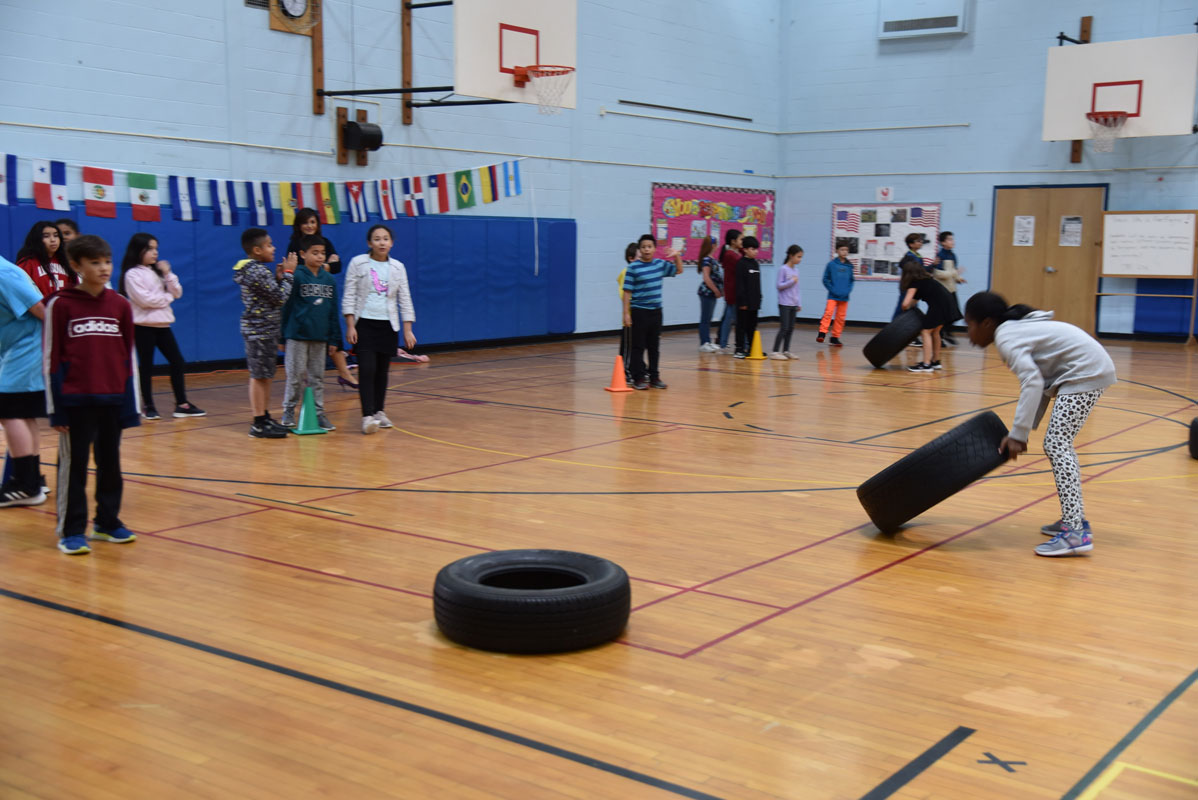