Ron Wilson can’t wait for the COVID-19 pandemic to subside or for a vaccine to become available so he can get back into the arena. He’s just like every other Blue Devil athletic coach and hundreds of athletes at Huntington High School and J. Taylor Finley Middle School.

Wilson coaches the Finley football team and leads the Blue Devil boys’ indoor and outdoor track and field programs. His teams and athletes have won county, state and national championships and set a string of new school, Suffolk and New York records. He’s expecting to work with some outstanding young men this year, if conditions allow. The athletes include some of the country’s best. 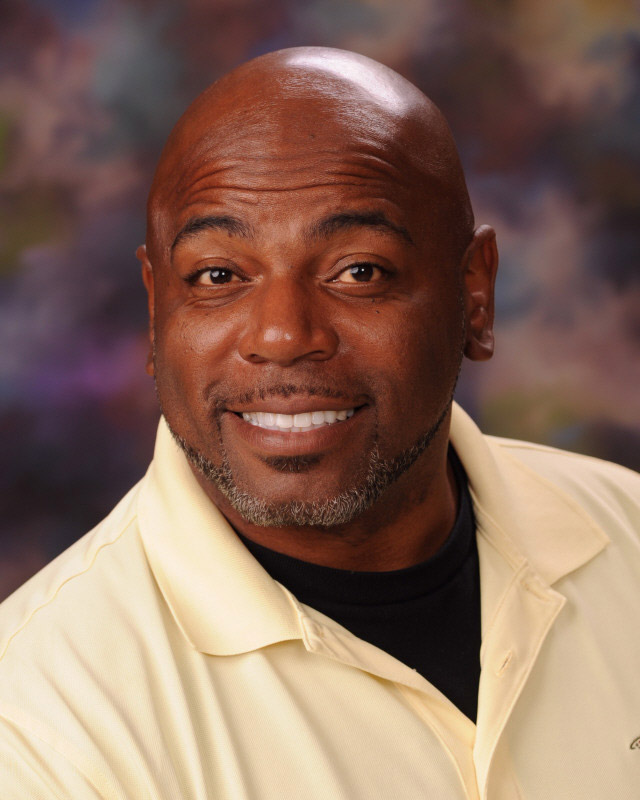 “All of us hope to suit up again as soon as possible,” Wilson said. “But reopening schools and keeping everyone safe is the prime focus right now, just as it should be. When the time is right and conditions permit we will be ready to go.”

Huntington athletes have been training on their own the past six months, trying to maintain their fitness. Interscholastic athletics have been on hold since last March when the pandemic forced everyone to the sidelines to help stop the spread of infections.

“It’s terrible that so many people were sickened and lost their lives,” Wilson said. “We grieve for each and every one of them. We all understand the need for athletics to go on hiatus while efforts are made to control and defeat the virus.”

Wilson is a remarkable competitor. He loves working with young people and motivating them to dedicate themselves to being all that they can be. He’s built a nationally renowned track program. College coaches routinely come calling to recruit the Blue Devils. Several of his athletes have moved on to claim NCAA Division I All American honors.

As a junior, Wilson would go back to his old elementary school, taking part in read-aloud sessions with sixth graders and discussing with them what would be expected of them in high school. It was through such programs and activities he identified a strong inner desire to work with children.

While studying elementary education at St. John’s University, Wilson started volunteering with Teacher Opportunity Corps, serving as a mentor and tutor for inner-city at-risk youth. After obtaining a BS degree in May 1998, he began working as a substitute teacher in the Huntington and South Huntington school districts. He earned a master’s degree at Stony Brook University in 2005.

In October 1998, Wilson was hired by Tri-Community & Youth Agency to work with the young people that utilize that organization’s facilities and services. He also started volunteering as a coach with the J. Taylor Finley Junior High School football team. Players and their families quickly took a liking to him and he proved to be a highly effective motivator.

Through his connections with young people and their parents, Wilson saw a need to bridge the gap between Huntington and South Huntington athletes. He turned to Kevin Thorbourne and Crystal White, who have also dedicated themselves to nurturing area youth, collaborating with them to organize a basketball tournament that helped to shatter barriers between the two groups and pave the way for many friendships to be formed.

Mr. Wilson got his “humble start” by volunteering with Finley football coaches Rick Eriksen and Phil Lowe in 1999. He continued to assist the pair during the 2000 season, working with the “C” and “D” squads. “We went undefeated that year with athletes like Charlie Paar, Max Pomper, Eric Posner, Kendall Edwards, Andrew ‘Hammer’ White and Damond Gordon,” he recalled. “The following year, Steve Muller asked me to move up with the group and coach the JV with my longtime friend, Chris Petit. We didn’t go undefeated, but we battled to an incredible 6-2 mark. That was a great year. I am now friends with many of the athletes I coached that year, in addition to coaching alongside one of them now in Andrew White.”

After longtime Huntington track and field head coach Dennis Walker retired, Wilson assumed the position in 2008. “That year we won league championships and sent Eddie Santos to the state championship in the discus,” he said. More gold medals and championships have followed and the good times seem destined to continue.

“I love what I do and our athletes love being Blue Devils,” Wilson said. “Hopefully, we will be back on the field and track before too long.”