The future of the Blue Devil boys’ basketball program was on the court last Friday night at halftime of Huntington’s varsity game against Copiague.

Teams from Woodhull Intermediate School and Jack Abrams STEM Magnet School squared off against each other in fierce half court games to the delight of the crowd. Blue Devil coaches manned the sidelines and refereed the contests.

The players wore white and blue Huntington Basketball tee-shirts during their games. “It was an absolutely great night,” said Jordan Ioviero, the varsity team’s first year head coach. “Everyone had so much fun. These kids are our future. They played with energy, enthusiasm, determination and skill. They were dynamite.”

The teams wasted little time getting down to business and went right into their games, playing hard for the duration. Fans loved every second of it. Parents smiled with pride.

Once the varsity teams came out of their locker rooms for the second half, the Woodhull and STEM players assembled for a commemorative group photo and then enjoyed pizza and Gatorade in the corner of Louis D. Giani Gymnasium where tables had been set-up for the occasion.

“I want to play for the Huntington Blue Devils when I grow up,” said one of the players as he headed for home once the festivities had wrapped up. 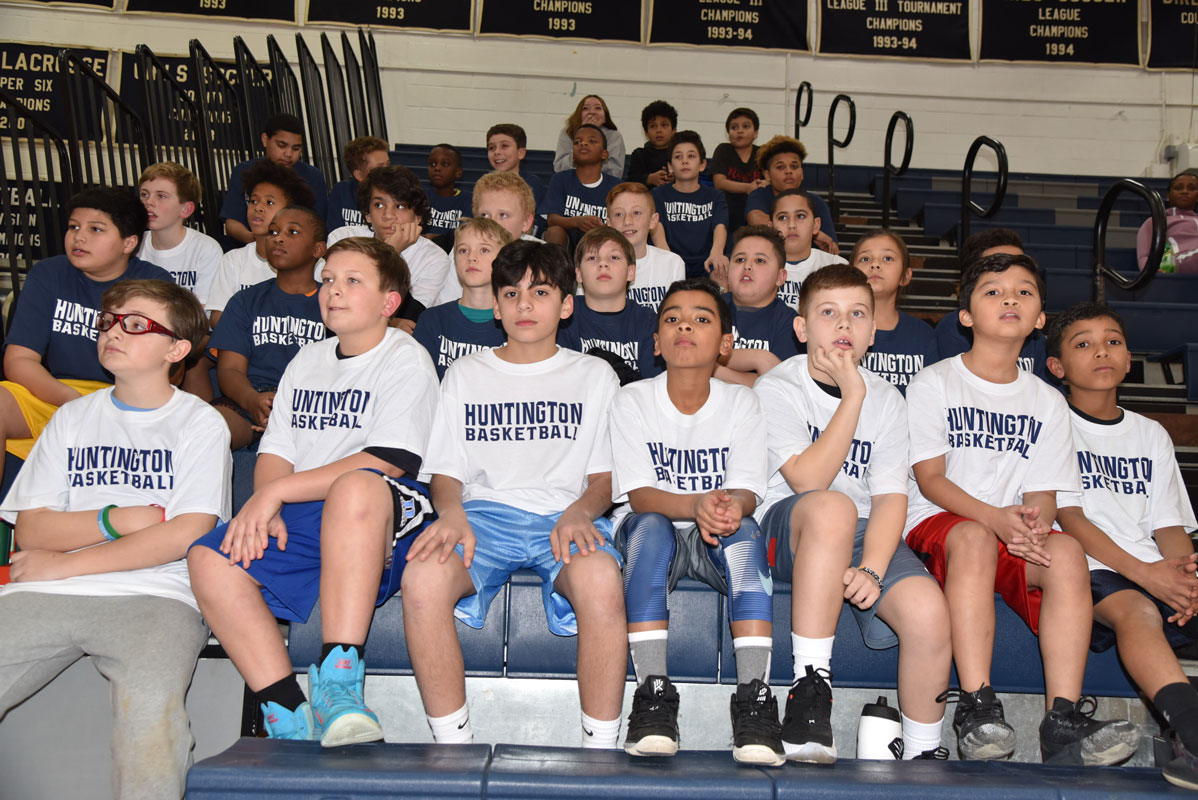 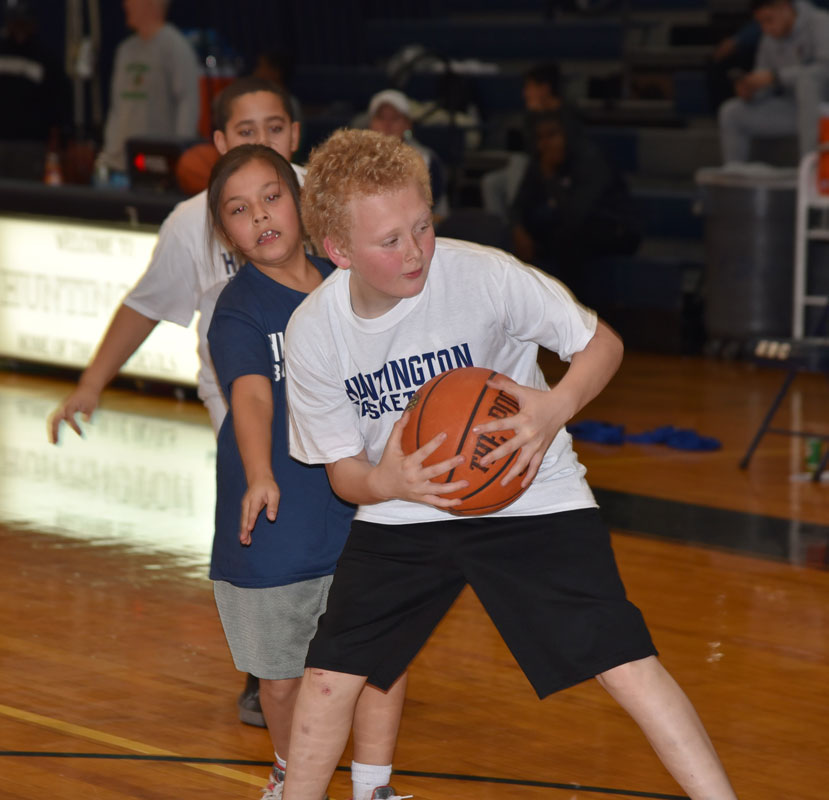 The action was fierce on the court

The action was fierce on the court