Maddie Reed is a remarkable young woman who has enjoyed what can only be called an amazing experience these past four years. The Huntington High School senior has decided to attend Bryant University in Smithfield, Rhode Island, where she plans to study business.

Ms. Reed has combined scholarship with athletics and the performing arts and has held high elected office in the student government. She has a wide circle of friends, including a core group whose members are all exceptional in their own right. Mature beyond her years, the teenager is held in the highest esteem by Huntington’s faculty. 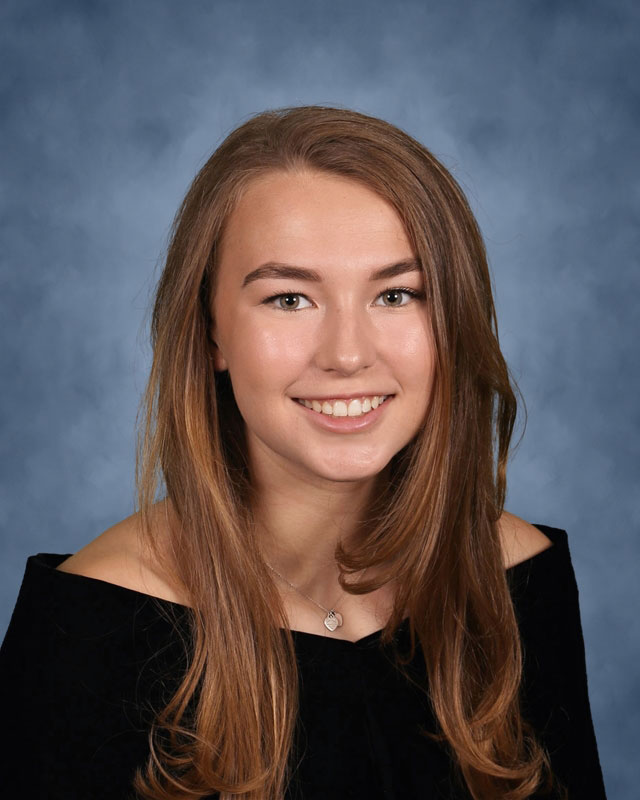 Bryant has awarded the senior its Archway Scholarship in the amount of $20,000. It’s an indication that the university realizes they are getting one of the best in Ms. Reed, whose father, Darin was a member of Huntington’s Class of 1984.

“From the moment I stepped onto the campus, I knew that I had found a special place,” Mr. Reed said. “The community of people spans all interests and backgrounds and you can tell they embrace everyone for who they are. Bryant takes an interdisciplinary approach to education. So, if you major in their School of Business, you must minor in their School of Liberal Arts and Science. This program attracted me because I know I want to major in a business field, but I don’t know which path I want to go down yet, so I’ll be able to have a holistic education while still maintaining that business focus.”

From playing on the Blue Devil varsity volleyball team and performing with the high school orchestra to being elected to office by her classmates, Ms. Reed has enjoyed an incredibly well-rounded experience.

“Huntington has definitely prepared me to take the next step in my educational career,” the teenager said. “I’ve been lucky enough to have many caring and attentive teachers throughout my four years. They’ve been amazing role models and constant sources of support throughout any circumstances.”

One of Ms. Reed’s favorite courses has been the Virtual Enterprise business class. “I was able to be a part of a bagel chip company called Poppy, under the direction of Mrs. [Paige] Furman. This entrepreneurial course was definitely what sparked my interest in the business world.”

The senior’s favorite high school activity has been varsity volleyball and she has shined on the court. “This year, I was fortunate enough to play alongside an amazing group of girls that have become a family to me,” Ms. Reed said. “And as much as I love the sport, it was truly the people that made my experience so special.”

Her advice to incoming Huntington High School freshmen? “Keep an open mind and get involved,” Ms. Reed said. “I’ve been able to participate in some amazing experiences by joining clubs that I had never considered before. For example, I joined student government in tenth grade and I’ve been able to form friendships and perform community service, as well as participate in the planning of bonfire night, homecoming festivities, junior/senior prom and so much more.”

Mrs. Furman has been a “major role model” for Ms. Reed. “I met her in tenth grade when I joined student government and I was lucky enough to be in her Virtual Enterprise class in eleventh grade,” she said. “Her presence in my high school career has been nothing short of impactful and inspirational and I consider myself lucky to have met her and learned from her.”

Founded in 1863, Bryant University’s mission is to “educate and inspire students to discover their passion and become innovative leaders with character around the world.” The 435 acre campus is located 12 miles from Providence and 50 miles from Boston. Its undergraduate enrollment of 3,500 is drawn from 38 states and 49 countries.

“I’ve had an amazing experience at Huntington,” Ms. Reed said. “I’ve been able to grow as a student and person over the past four years and I don’t think I would be where I am today if I hadn’t gone to Huntington,” Ms. Reed said. “What I’m going to miss the most, which is also what I believe makes the school so special, is the people. Every teacher, administrator, student, security guard, coach and custodian I’ve come across in the past four years has been so kind and supportive. I’m honestly just going to miss seeing everyone around the hallways next year. I’ve made friends here that will last me lifetime. I’m excited to see where I’ll go after graduation.” 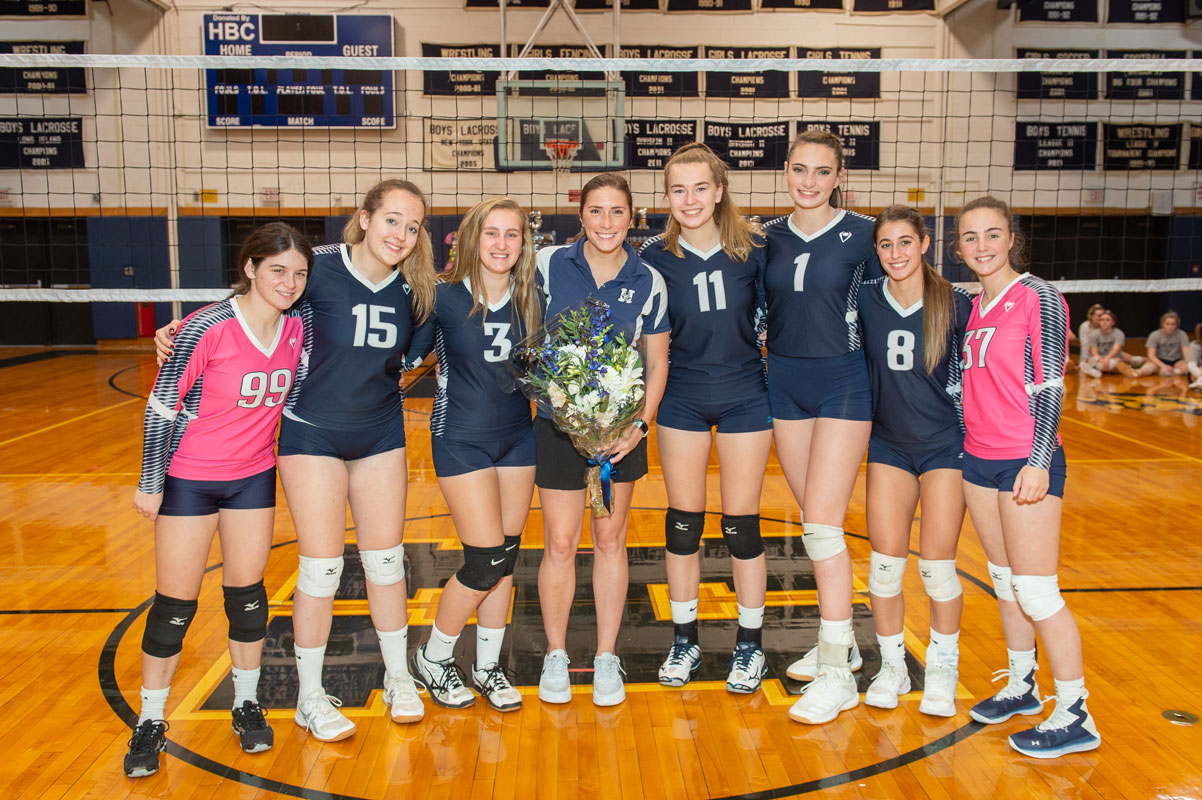 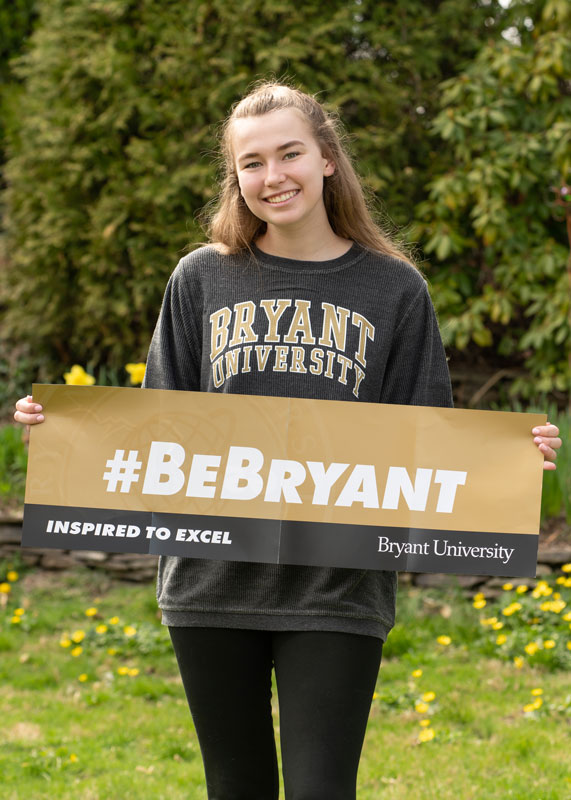 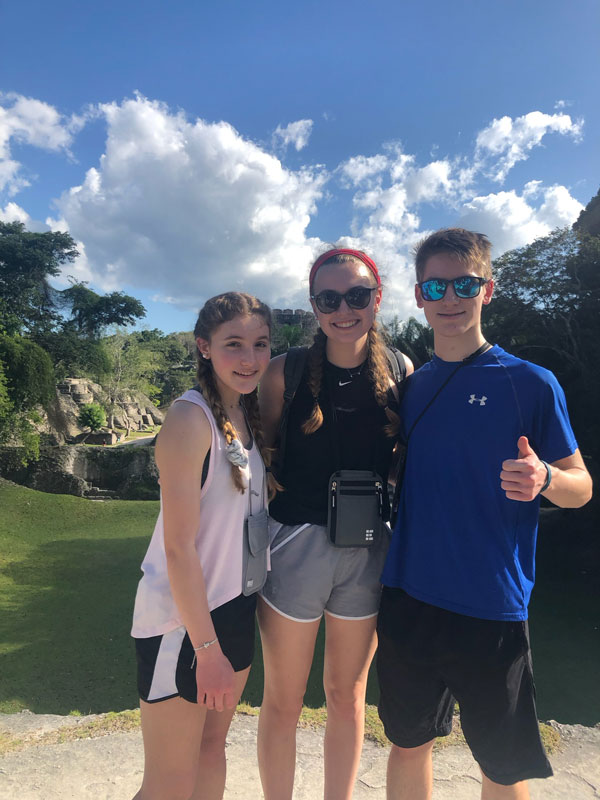